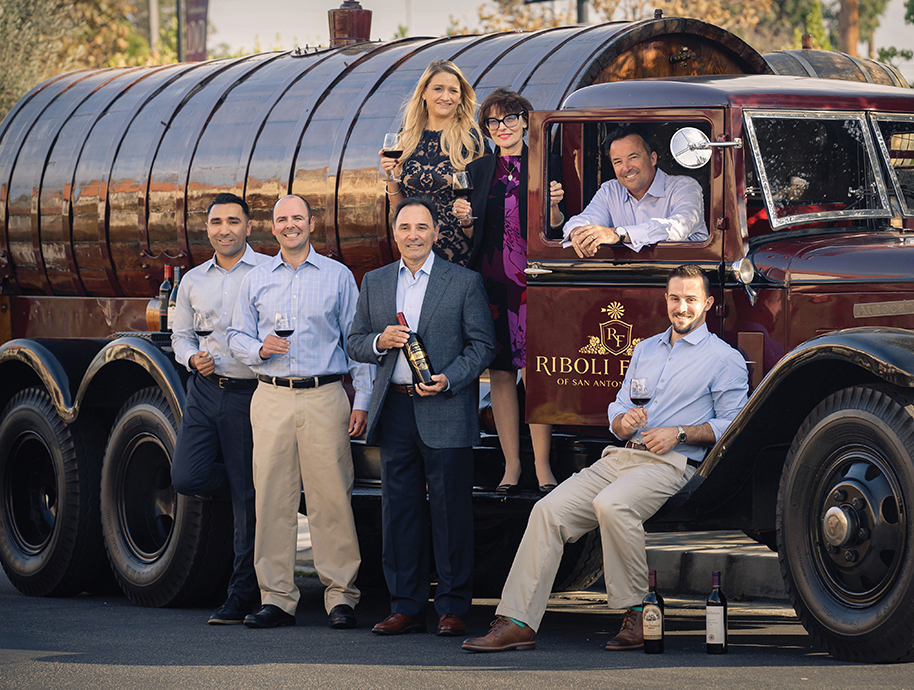 Tradition, expertise and family values are the foundation upon which the Riboli Family of San Antonio Winery built their empire. Their wines are not only held at the highest regard, but with each sip comes a story of perseverance, devotion and history. Known for revolutionizing the wine industry by creating a broad range of wines which includes their San Simeon, Maddalena & San Antonio Winery portfolios to name a few, as well as their number one selling wine brand Stella Rosa, the Riboli family is a triumphant example of a generational business that defied the odds, remained relevant and most importantly never lost their identity.

San Antonio Winery is the last remaining winery in Downtown LA – a hidden gem and a cultural monument operating within the same community it was founded in over 100 years ago.

In 1910, a young Italian immigrant named Santo Cambianica left his home in the Lombardia region of Italy and took his first step on U.S. soil and began building his own vision of “The American Dream.” After going through Ellis Island in NYC, he made his way to Downtown Los Angeles where his dedicated work ethic, conscientious nature and his devotion to the Catholic Church soon proved himself an honorable addition to the neighborhood. Years of working hard, establishing relationships and planting his feet into the heart of Los Angeles’ Italian-American community enabled Santo to start his own business, and the legacy of the Riboli Family of San Antonio Winery was born.

In 1920, the eighteenth amendment went into effect and alcohol was seen as the cause of a surfeit of society’s problems and the Prohibition era began. During this time, the wine industry disintegrated, and many wineries ceased trade. San Antonio Winery, however, persevered and found a creative solution around selling wine and soon became the number one provider of altar wines for the Archdiocese of Los Angeles. 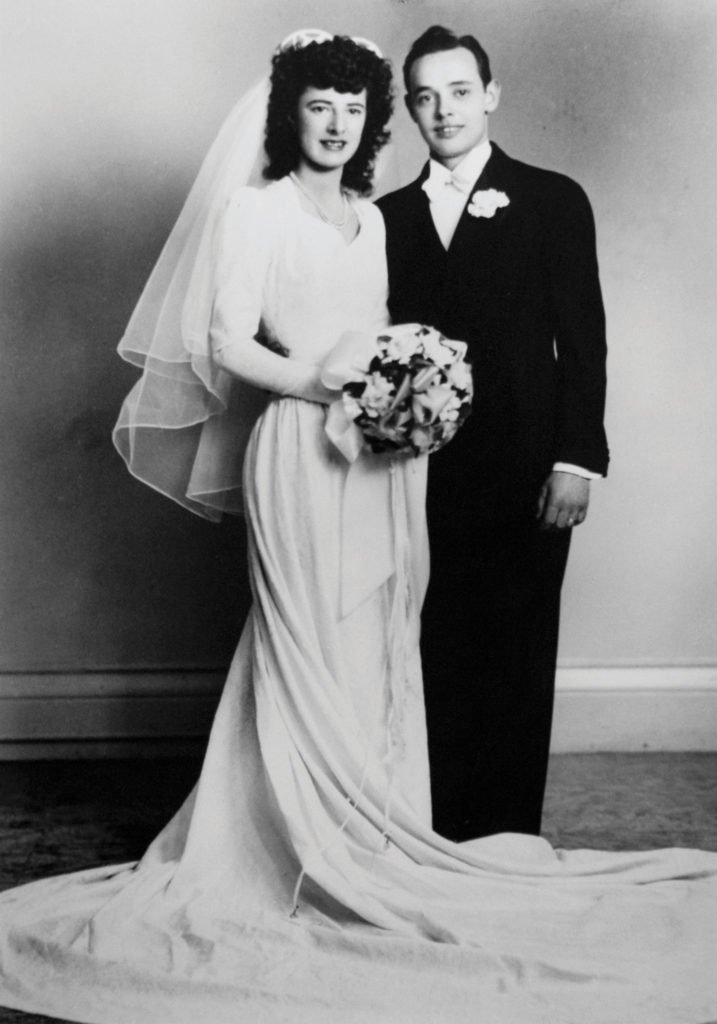 Stefano Riboli, a young nephew of Santo, followed suit and traveled across the Atlantic at 16 to begin an apprenticeship under his uncle. As time passed, he proved himself as a monumental part of the winery. Eight years after coming to America, Stefano found himself in awe of Maddalena Satragni, a young farmer whose tractor driving skills made Stefano’s heart skip a beat. Soon the two married and began putting their heads together to support the family wine business. When Santo passed, his wish of the couple inheriting the winery came true paving the way for a bright future for the Riboli family and its future generations.

As time went by, the Riboli family took risks, quickly adapting to their changing environment. In the 1960s, they opened a tasting room and mini deli where railroad workers would stop by to get a freshly prepared sandwich and a taste of the spectacular wines the Riboli family had to offer. Due to the success of their mini-deli, they decided to open The Maddalena Restaurant serving traditional Italian dishes that were recreated from the fond memories of their lives across the Atlantic. The restaurant was a huge success and it is still thriving today. Maddalena herself can sometimes be seen standing strong at 94 years old greeting customers as they come in. The tasting room soon evolved into a self-made distribution team in which they now showcase their impressive wine portfolio to retailers and the restaurant industry. Soon after, Maddalena decided to begin purchasing vineyards in Monterey and Paso Robles, California, paving the way for her namesake wines under the Maddalena label, which have won many awards and accolades to date.

Four generations later, the Riboli family continues to excel and satisfy the needs of a continuously changing demographic of wine drinkers, making them one of the most successful wine brands in the United States. According to the New York Times, only 30 percent of family businesses survive the second generation, with as little as 12 percent surviving the third. One may ask how the Riboli Family of San Antonio Winery has managed to stand the test of time? The simple answer – they listen to their patrons. 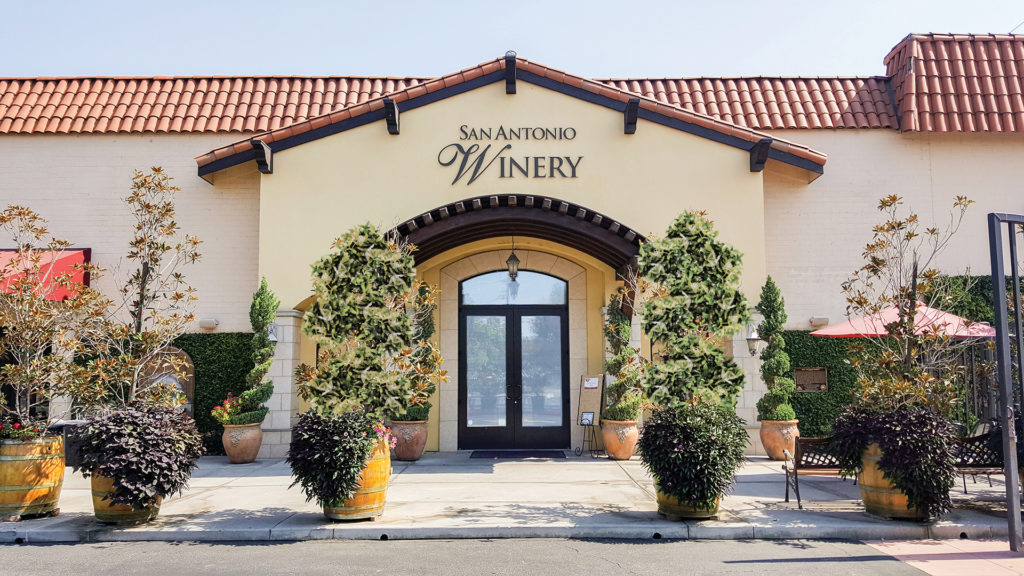 The last remaining winery in Downtown LA, the San Antonio Winery is a hidden gem operating within the same community it was founded in over 100 years ago.

They consistently remain relevant by evolving as the demand for different wines come in. From the inside of their tasting room, they observed customers repeatedly request a lighter more sweet wine. The Riboli Family faced this demand head on producing Stella Rosa as a solution to their patron’s needs, a new semi-sweet, semi-sparkling wine style which has made them a category leader within the greater wine world. With sixteen distinctive flavors, a loyal customer base and an outstanding marketing team, Stella Rosa evolves with the spirit of the times embracing  popular culture and wine trends. Today, Stella Rosa has become the number one Italian imported wine in the country.

“My parents always told us that no dream was too big,” shared Steve Riboli, a third generation family member, son of Stefano and Maddalena. Steve along with his nephew Anthony Riboli, have played instrumental parts in the evolutionary success of the Riboli Family. Along with the thriving success of Stella Rosa, the newer generation of Ribolis are concentrating on maintaining the high quality of their superior collection of wines such as the award-winning San Simeon Stormwatch, Opaque Darkness and Riboli Family wines. Their impressive portfolio of wine brands, each with a distinct focus, allows them to appeal to an array of wine drinking audiences, making the Riboli Family of San Antonio Winery the most awarded winery in Southern California with their most recent accolade being declared “Winery of the Year” from the esteemed Wine Enthusiast publication. “We are beyond thrilled to be named Winery of the Year,” said Anthony Riboli. “Our passion for winemaking and providing people with the best hospitality and service has been our mission for over 100 years, and we hope to continue to create memories with the LA community and beyond at our winery for years to come.”

OUR PASSION FOR WINEMAKING AND PROVIDING PEOPLE WITH THE BEST HOSPITALITY AND SERVICE HAS BEEN OUR MISSION FOR OVER 100 YEARS, AND WE HOPE TO CONTINUE TO CREATE MEMORIES WITH THE LA COMMUNITY AND BEYOND AT OUR WINERY FOR YEARS TO COME.

The Riboli Family of San Antonio Winery can only be described as a efficacious family affair. With Stefano and Maddalena leading the vision of the winery, their grandchildren Anthony Riboli, Dante Colombatti, Chris Riboli and Lisa Riboli-Elzholz carry the brand into the future with their winemaking, marketing, business development, sponsorship and event planning skills. To this day, Stefano and Maddalena continue to mentor the younger generations and are very much invested in the continued success of San Antonio Winery. Both are perceived as local celebrities as they welcome visitors to San Antonio Winery with open arms and infectious smiles.

The Riboli family grew up surrounded by hard-work, aligning thoughts and a structure based on solid family values. Together, they are a force to be reckoned with demonstrating how a family’s strength can achieve “The American Dream.” San Antonio Winery continues to stay ahead of the curve and at the forefront of the wine industry to this day. Like a fine wine, the Riboli Family of San Antonio Winery advances with age. Their devotion to their family, their faith and continued passion for hospitality will continue to make San Antonio Winery a place of fond memories and continued success for years to come.

The Riboli Family of San Antonio Winery is proud to be one of the country’s few 102-year-old wineries and invites everyone to witness the history of American winemaking unfold by visiting the San Antonio Winery in Downtown LA, Ontario, or Paso Robles.

For more information or to learn more about the family please visit sanantoniowinery.com.