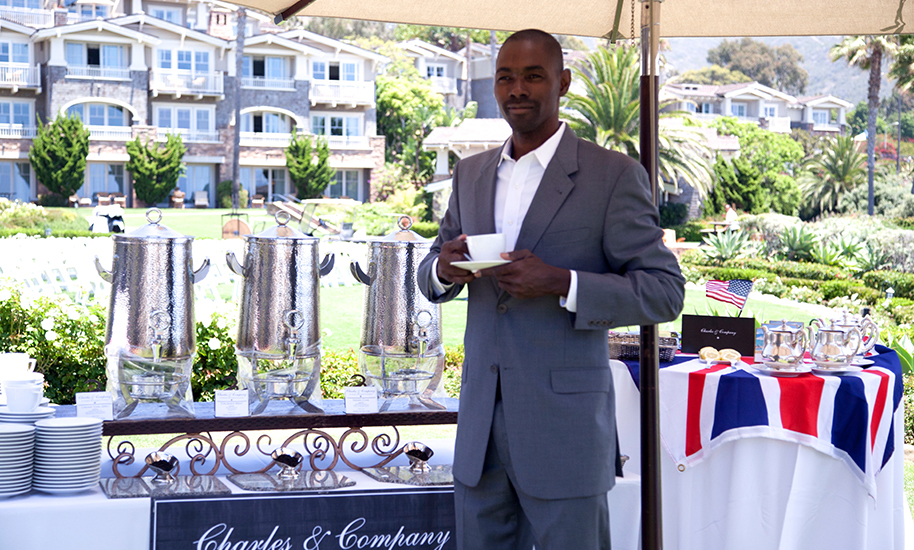 As the child of a struggling single mom in the inner city of Canton, Ohio, the only tea Lawrence Charles knew about was instant Lipton in a pitcher. Today, he’s a sophisticated tea enthusiast and celebrated purveyor of “the bespoke artisan tea experience,” able to discuss in detail how a plantation and its elevation affect a tea’s flavor profile.

Lawrence’s journey from Canton, Ohio to Canton (Guangzhou) China and beyond is a story of both tenacious determination and sheer fate.

An entrepreneur from childhood, Lawrence gathered hand-me-down toys, fashioned a persuasive sales spiel, and resold them to neighborhood parents. As a teenager, he opened a barber shop and soon found himself doing promotions for a hair clipper company. After working his way through design school at the Art Institute of Pittsburgh, he landed a job as head designer for a new children’s television series that went on to win three Telly Awards.

Then fate stepped in. Purely by chance, Lawrence was asked to be in a Tommy Hilfiger fashion show with actress and model Rebecca Romijn. The designer promptly invited him to be a model and spokesperson for the Hilfiger line in New York. There, Lawrence was mentored in business by talented and successful new friends. Just as crucially, he discovered the joys of tea. “Living, working and studying in New York was exciting – but stressful,” he says. “When I was a child, my grandmother would give me tea when I wasn’t feeling well. Now I started exploring tea shops, from Greenwich Village to the Upper West Side. As I sat quietly over my cup, there’d be a moment where the noise and rush of the city just stopped. I was intrigued by the power of it.” 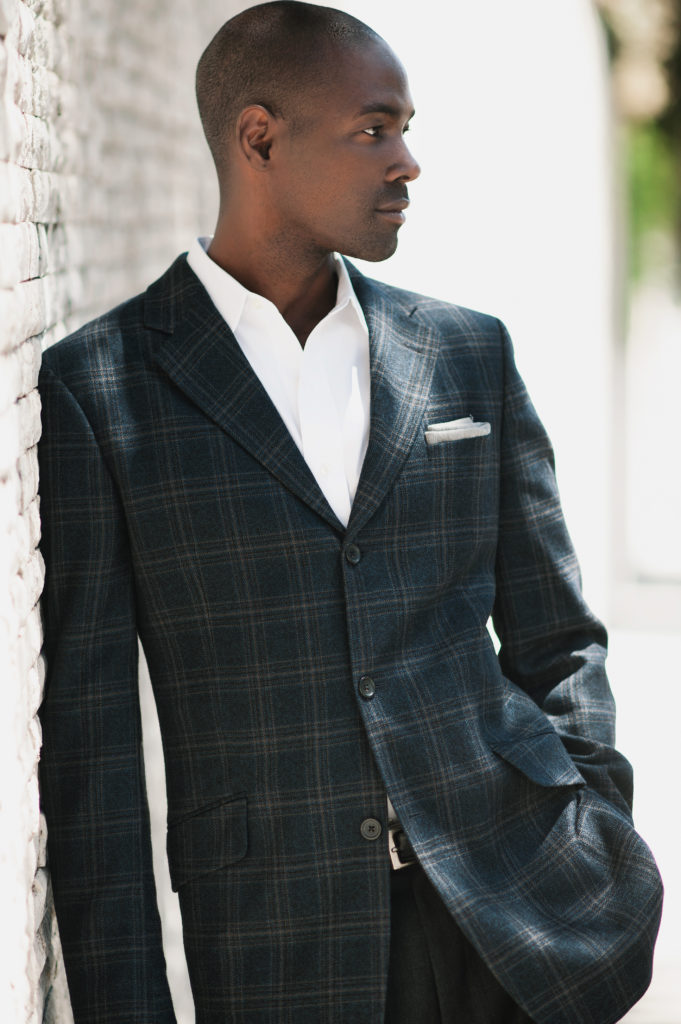 Lawrence eventually relocated to Los Angeles and began looking for a startup investment business. Deciding to go with what he loved, he founded Charles & Company, an organic luxury tea brand that celebrates the romantic tradition of British tea with an American twist. In the first six months, the budding entrepreneur bought airtight bags for his tea blends and printed labels from Office Depot. Then he hopped on his mountain bike and pedaled door-to-door, selling tea to anyone and everyone who’d try it. Soon, his client base began to grow, spreading from tea drinkers to local chefs. The word was out.

Charles & Company teas are now sold online at cnctea.com, in upscale shops like Malibu Farm, The Draycott and CirqueTerre West  in Pacific Palisades, Ollo Malibu, at locations like Rodeo Drive in Beverly Hills, as well as Nobu Hotels and The Four Seasons. They’re featured at celebrity chef restaurants, premium cruise lines, and garden party fundraising events. As a favorite of the British Royal Family, C&C is the only American tea brand associated with British royalty.

So why tea? “No other beverage has the  ability to positively affect the body, soothe the mind, and create relaxed, enjoyable social interactions,” Lawrence says. “It’s a great opportunity to bring people who care for each other together to share a beautiful tapestry of moments, just be present, and stress less over things we can’t control.”

As an industrial designer turned entrepreneur, Lawrence is inspired by the chance to help people enhance their physical and mental well-being. But he’s also driven by a personal and corporate mission: supporting advocacy efforts for women and children.  “I saw how hard my mother worked, and I’ve been influenced by so many other inspiring women in my life,” he says. “We have the power to improve their lives, including those of my own family.” Today, as an involved supporter of women’s issues and a congressionally recognized speaker, Lawrence is using his own passion and his brand to make a difference. He’s especially delighted to know the Junior League of Pasadena will be one of the Tabletop event’s beneficiaries; it’s been working since 1926 to empower women to break barriers in order to build their futures and strengthen their communities. “None of these efforts are about succeeding or failing,” he says. “They’re about leaving something behind that helps others.”

These days, tea has become a key part of pop culture. Many millennials are choosing it over coffee, especially the new fruit blends. Lawrence welcomes these latest devotees, but he treasures the age-old rituals, too. “I love the fact that my name, and my company’s name, happen to be Charles,” he smiles. “After all, it was King Charles II who first introduced the tradition of tea time in England.”

Lawrence will be bringing his distinctive tea to Setting the Table, a sensational, unconventional opportunity for designers, floral artists, event planners, non-profits and others to make stunning visual statements with their interpretation of the table design theme, “The World of Conversation.” The fun-filled evening on November 9 will feature delicious food and beverages – and a tablescape competition! Guests will vote for their favorite design and the top two winning designs will receive a $6,000 ad from DREAMS Magazine. Sponsorship opportunities, ad purchases and tickets available here.

THE STORY BEHIND DREAMS