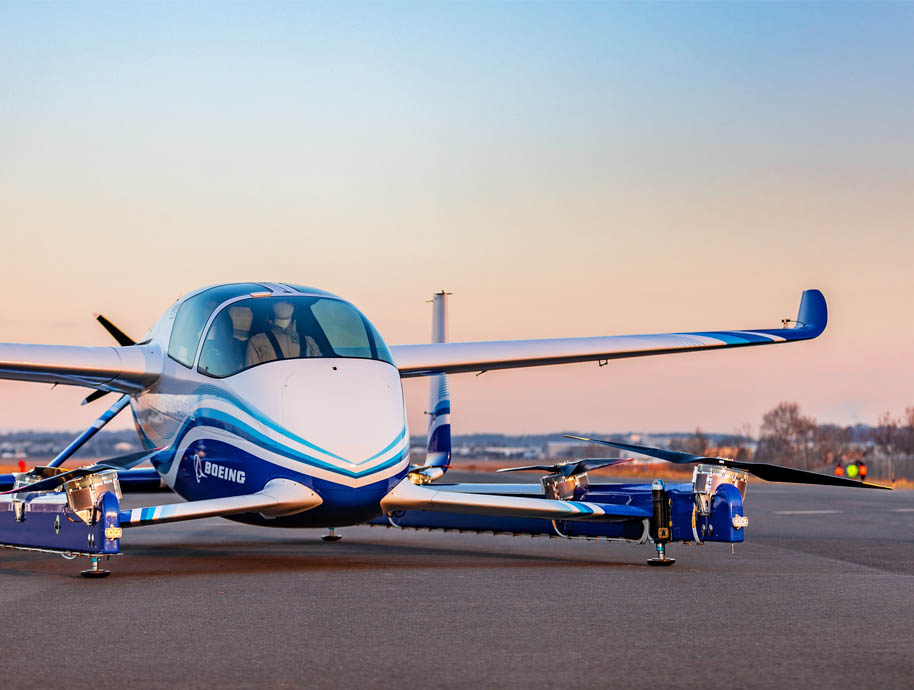 It’s predicted that Los Angeles will have aerial ride-sharing as early as 2023. Recently, a look into this future of transportation technology was given by Boeing’s autonomous passenger air vehicle (PAV) prototype when it completed a controlled takeoff, hover and landing during it’s first ever test flight.

The all-electric autonomous vehicle has a range of up to 50 miles and represents a major milestone in Boeing’s storied history of innovating the skies.

“In one year, we have progressed from a conceptual design to a flying prototype,” said Boeing Chief Technology Officer Greg Hyslop. “Boeing’s expertise and innovation have been critical in developing aviation as the world’s safest and most efficient form of transportation, and we will continue to lead with a safe, innovative and responsible approach to new mobility solutions.”

Future flights will test forward, wing-borne flight, as well as the transition phase between vertical and forward-flight modes. This transition phase is typically the most significant engineering challenge for any high-speed VTOL aircraft, according to the Boeing statement.

“This is what revolution looks like, and it’s because of autonomy,” said John Langford, president and chief executive officer of Aurora Flight Sciences. “Certifiable autonomy is going to make quiet, clean and safe urban air mobility possible.”

To learn more and watch the flight, please visit boeing.com.