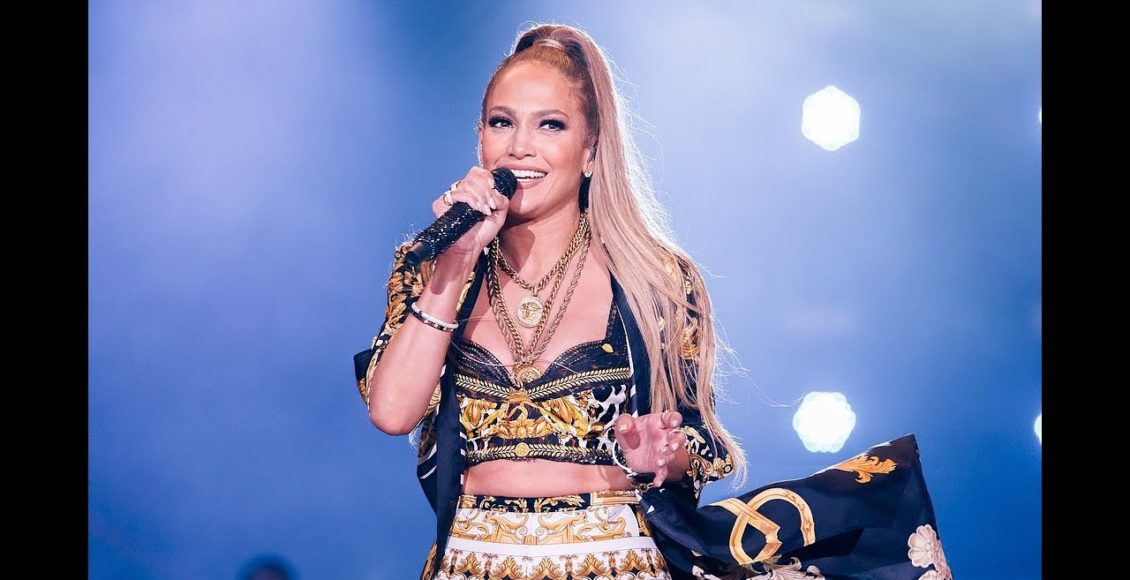 By Redazione Last updated Ago 19, 2019 411 0
She took the stage sporting not one, not two, but three eye-catching looks by Arab designers

Last Friday, singer Jennifer Lopez performed a much-anticipated show in the town of El Alamein, on Egypt’s North Coast, marking her first-ever concert in the nation. It was a night that didn’t disappoint and saw Egypt’s A-listers – the likes of actress Mona Zaki, actor Hussein Fahmy and comedian Ahmed Helmy – turn out in force.

Thank you all for making my last US stop of the #ItsMyPartyTour SOOOO special. My heart is still so full. ✨❤️ Link in my bio for the full video. #UntilNextTime #BestBirthdayYet #TheBestIsYetToCome

The show marks the final leg of the It’s My Party tour, which celebrates the pop icon’s 50th birthday. It travelled around the US, then embarked upon an international journey, making stops including Antalya in Turkey and the Egyptian coastal town.

And as if the pop star visiting the region and wowing her audience with her signature blend of chart-topping tracks, slick choreography and dazzling sets wasn’t exciting enough, she seemed to have added a new name to her arsenal of go-to Arab labels.

Egyptian designer Nagwa Zahran is the brains behind the fiery red ensemble worn by J-Lo at Friday night’s show. Custom-made for the artist, the sequin-encrusted dress featured a sheer illusion neckline, mesh cutout at the waist, and a flaming skirt with thigh-high slit.

Zahran took to Instagram to post a snap with the pop star herself, expressing that it was a “pleasure” to have designed J-Lo’s outfit and sharing her pride at being “the first Egyptian designer to dress this boss lady”.

Lopez also opted for outfits by two of her favourite Lebanese designers, Zuhair Murad and Nicolas Jebran, at other points during the show. Her opening look was a neon-green Nicolas Jebran bodysuit (adorned with 50,000 UV-reflective Swarovski gems, might we add), with thigh-high boots by Andrea Wazen. She later made a quick change into a fringe royal-blue bodysuit by Zuhair Murad.

The On The Floor singer is a long-time champion of regional designers, both renowned international names like Elie Saab and Rami Al Ali, as well as up-and-coming local labels. In the lead-up to her North African concert, she revealed in an interview with Venture Lifestyle that Zuhair Murad might just have earned the title of her all-time fave regional label. It’s unsurpising, since she’s stunned in the Lebanese couturier’s creations at red-carpet events, in her music videos, onstage – not to mention at 2010’s Met Gala.