With an inventory featuring Lamborghini, Ferrari, Bugatti and others, Prestige Imports has become one of the world’s most revered exotic sports car dealers.

When Brett’s father, Irv, opened his gas station in 1977 on Biscayne Boulevard in Miami Beach, he had a dream of eventually selling European sports cars. He thought the combination of sun, sand, real estate and the money that was flowing into the area would provide his market, and Irv noticed a certain lifestyle was emerging around South Beach, an area only its residents were aware of. That was until a few years later, when Michael Mann created the iconic show Miami Vice, a combination of sex, speed and style wrapped in the hot, sultry setting of an exotic Florida night, which brought the South Beach swagger into every living room.

The early 1980s was a time of sleek style, chic sophistication, pastels, big wallets and even bigger shoulder pads, and nothing captured this better than Miami Vice, which took the glitz and glamour of Dynasty or Dallas and coupled it with the grit and street smarts of vice cops working South Beach in incredible sports cars. 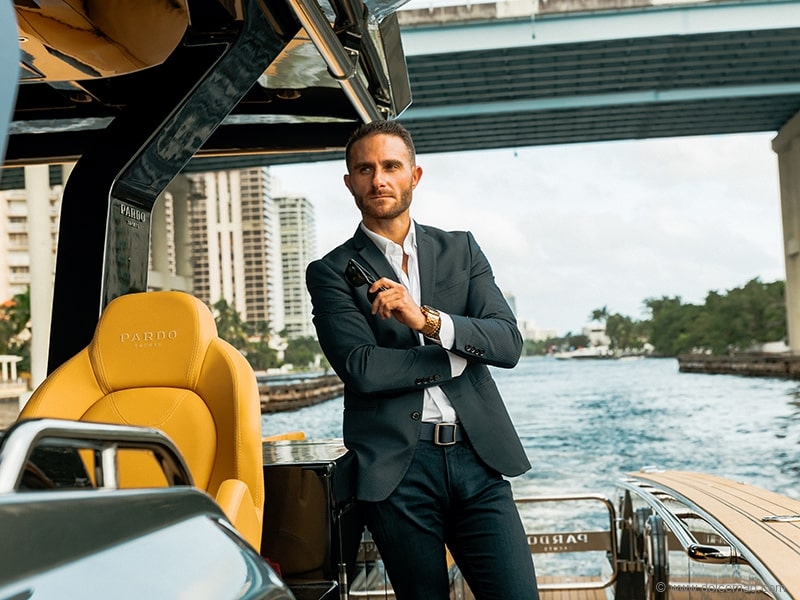 “South Florida automotive is kind of like a dynasty, a staple,” says Brett in a recent interview with Dolce. “You look at it back in the day, through movies and TV shows like Miami Vice, with Crockett and Tubbs driving down South Beach in a Testarossa or a Lamborghini. Miami has just always swagged out with that beautiful backdrop of palm trees and sports cars. I think that, when you think of Miami, the first thing you think of is a fancy sports car … and those palm trees, beautiful people, different languages and the ocean.”

Brett David was just 19 years old when his father, Irv, suddenly passed away, thrusting the mantle of management upon him to protect his father’s legacy and realize his automotive dreams. He keeps his father’s nameplate on his desk in his honour.

Today, Prestige Imports is recognized as a world leader and innovator in the exotic car market. It is one of North America’s leading Lamborghini dealerships, offering the highly coveted Aventador, Huracan and Urus models. Additional brands include Pagani and Lotus, with the Pagani selection including the Huayra and Zonda, while Lotus models include the Evora and Elise. Prestige also holds a massive inventory of high-end exotic pre-owned vehicles, including Ferrari, Lamborghini, Bentley, Mercedes, Porsche, Rolls-Royce and Bugatti. 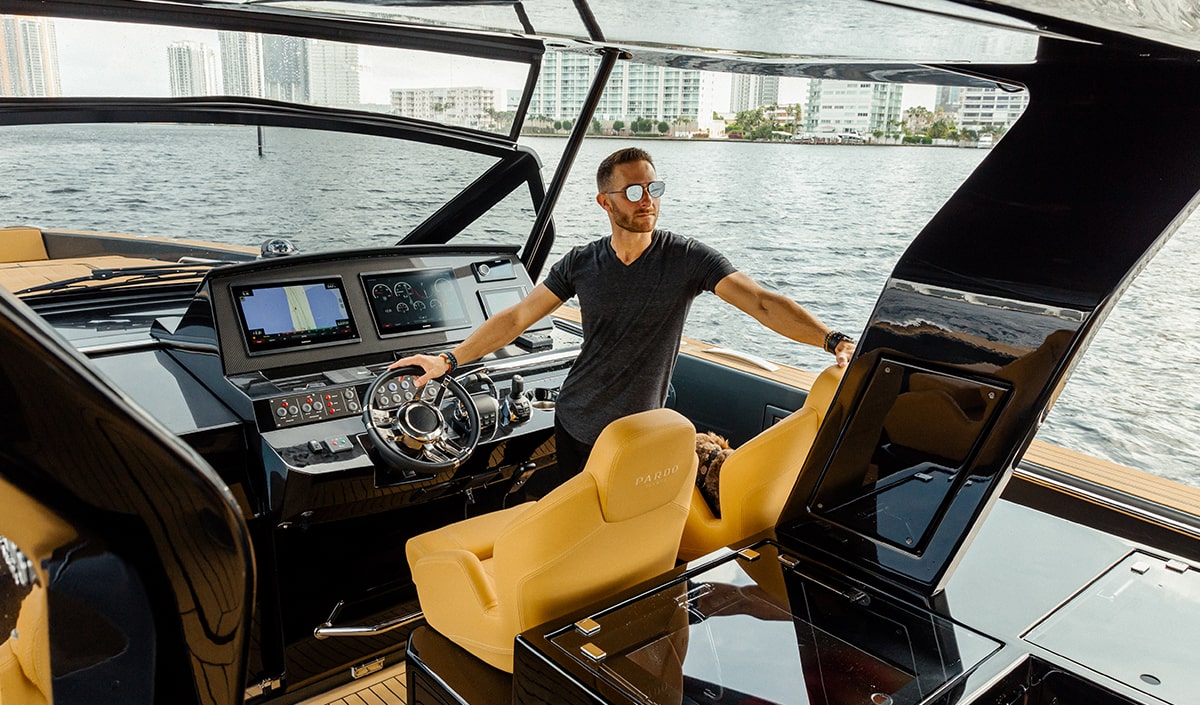 For Brett and his team, knowledge, expertise and customer service are the lynchpins to the success and renown of Prestige Imports. “Our mission statement is key, which is, ‘We are ladies and gentlemen serving ladies and gentlemen,’” he says. “We don’t like to be salesmen, and I don’t train my team to be aggressive. I train my guys and girls to be liaisons for clients, to be more than a helping hand, and that has translated into clients coming back and developing a business that’s based upon retention by delivering great service to our clients.”

It’s also a business that is growing into other areas, such as marine, aviation and even real estate, in offering more choices to experience the South Beach luxury lifestyle with the confidence of the Prestige Imports brand name at your side. It’s been a natural extension for Brett, who admits he loves adrenaline, but the right kind of adrenaline.

“My hobbies are anything to do with the water. When it has nothing to do with a combustion engine, you will find me on the water,” says Brett. “My serenity and my peace and my rebound come from the energy on the water with my family and friends.” Naturally, he has converted this love of water into Prestige Marine, the company’s first marine dealership, which carries brands such as VanDutch, Bordeaux and Midnight Express, and has been an immediate success.

“I THINK THAT, WHEN YOU THINK OF MIAMI, THE FIRST THING YOU THINK ABOUT IS A FANCY SPORTS CAR” — BRETT DAVID

His pride of his family and his business is being preserved with a documentary he is currently working on with his mother that highlights the historic elements of the dealership, because Prestige has become so much more than just a dealership.

“The Prestige Imports brand is world-renowned, being featured in different video games, music videos, television shows and movies being written today,” says Brett. “We’re documenting it because I realize that, through the pandemic, there are moments you take for granted, and there are certain moments that I wanted to be able to have — historic moments to remember forever.”

The family-owned business also gives back to its local community by supporting many charities, including MyWish4U, Joe DiMaggio Children’s Hospital, and in memory of Irv David, Brett teamed with the American Heart Association to develop the Prestigious Heart Fund. Along with his sister Brooke, Brett’s Ride2Revive provides children facing life-threatening diseases a memorable adrenaline-filled outing on a racetrack to revitalize their senses.

“We’re all about passion, performance and prestige,” says Brett in describing Prestige. “I think the experience of buying a car from Prestige Imports is something memorable that you’ll remember for years to come.”

This rare jewel of an estate offers the combination of luxurious interior living with expansive exterior grounds rarely found in urban living.

TAMARA BAHRY: between dream and reality here is her world