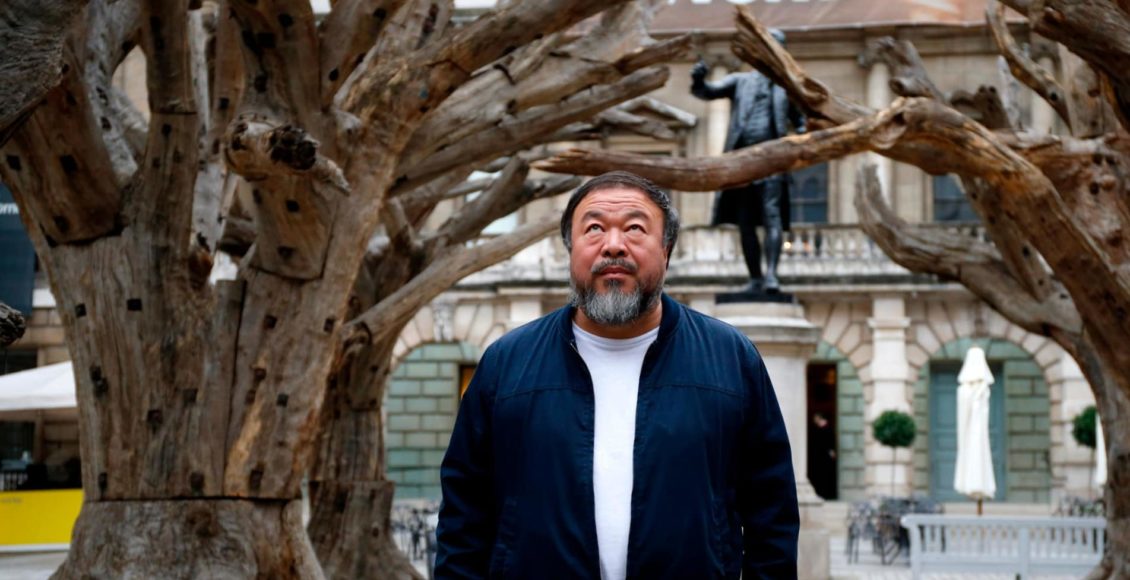 By Redazione Last updated Ago 19, 2019 221 0
his week, President Donald Trump doubled down on his anti-immigrant rhetoric and plans for the US-Mexico border in his first televised address from the Oval Office. While debate continues to rage over whether a wall would even deter migrants from entering America, there’s one would-be migrant who it may keep out: Chinese artist Ai Weiwei.
Sponsor content by Dubai Tourism
Hyperloop technology might change our perception of distance
With the next evolution of city transport in development, journey times will be dramatically reduced impacting how cities grow.
Last October, Ai announced his intention to move to the US, where he spent much of the 1980s and early 1990s (and where “everybody” is a refugee, he said). Now, in light of the government’s hostile attitude toward migrants, the artist is thinking twice about his decision to relocate.
“Even (though) I spent 12 years in the US before, (doing so in the) current situation is very hard for anybody — especially a foreigner,” Ai said from his studio in Berlin, where he has lived in political exile since the Chinese government returned his confiscated passport in 2015. “So I’m still very hesitant to … make the decision.”
In particular, he identifies Trump’s wall as a cause for uncertainty.
Ai Weiwei calls Trump’s border wall a “ridiculous gesture”
The artist spent time at the US-Mexico border in 2016 while producing “Human Flow,” a documentary investigating the impact of human migration on more than 20 different countries. He said the situation there has since worsened, but he described the proposed wall as a “ridiculous gesture.”
“It will not solve any problems, and all the reasons (given) to build this wall on the border (are not) true,” he said. “It’s obviously just an excuse for some kind of political reason.”

The comments reflect how Ai’s artistic and political agenda has broadened since he left China three years ago. Having earned his dissident tag through explorations of state suppression, intimidation and surveillance in his home country, the artist has since turned his focus to global injustices.
In a wide-ranging interview — where he also discussed the plight of China’s Uyghur population and Myanmar’s displaced Rohingya — Ai addressed the array of crises affecting the world during what he calls a “dramatic time.”
An art installation by Chinese artist Ai Weiwei that consists of life vests worn by refugees bound to the columns of the concert house at Gendarmenmarkt in Berlin. Credit: Clemens Bilan/Getty Images Europe/Getty Images
“We have a major crisis with refugees, and we have a lot of uncertainties in European and American politics,” he said, adding: “I think human rights need to be re-announced and need to always be protected by each generation.
Ai Weiwei poses as drowned Syrian child Alan Kurdi in photograph
“If anyone’s rights are violated, it doesn’t matter if it’s a minority or whatever kind of religion, we have to think that it’s our (own) rights being violated,” he said. “Only by doing that we can come (together) as humans, humanity as one, and we can protect our very basic rights. Otherwise we are always divided by politicians or by special interests.”
Ai’s recent artworks have seen him responding to pressing social issues, including refugees and global migration. In 2017, he temporarily installed fences and cages around New York City, as part of a provocative public art project entitled “Good Fences Make Good Neighbors.”
Installation view of the ‘Law of the Journey’ by artist Ai Weiwei in Sydney, Australia. Credit: Mark Kolbe/Getty Images AsiaPac/Getty Images
The same year, he created “Law of Journey,” a 196-foot-long inflatable migrant boat, filled with anonymous human forms, that has since traveled to museums around the world.
His latest work continues this focus on the disenfranchised and voiceless: A flag designed to mark the 70th anniversary of the Universal Declaration of Human Rights. Set to be flown around the UK for seven days in June, the striking blue flag features a single white footprint at its center.
0%
0 221
Share FacebookWhatsApp