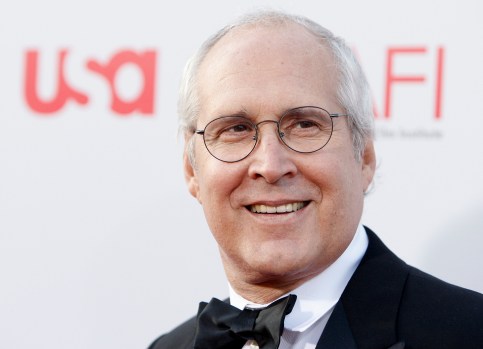 The event will take place on Oct. 6 at Microsoft Theater at L.A. Live.

Actor Chevy Chase (in a file photo from the AFI Lifetime Achivement Awards dinner in 2008) will hold a special live Q&A session following a screening of “Caddyshack” at Microsoft Theater in Los Angeles on Oct. 6. (File photo by Matt Sayles, Associated Press)

Microsoft Theater at L.A. Live in Downtown Los Angeles will host a special screening of the 1980 comedy “Caddyshack” at 7 p.m. Sunday, Oct. 6. The event will also include a live Q&A session with “Caddyshack” star and comedy legend Chevy Chase.

In a behind-the-curtain style conversation, Chase will talk about his 40-plus year career and all of his memorable characters while sharing stories and moments that didn’t make the final cut from “Caddyshack” following the film screening.

Q&A: Why the Obamas became producers of the Netflix documentary ‘American Factory’