Review: ‘Jay Myself’ salutes both a building and its longtime owner, photographer Jay Maisel 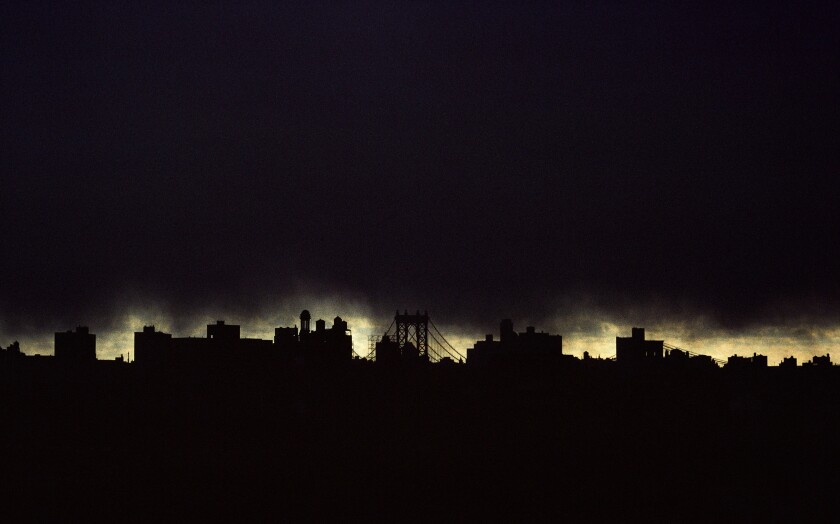 A photo by Jay Maisel from the documentary “Jay Myself.”
(Jay Maisel / Oscilloscope Laboratories)

Photographer Stephen Wilkes crafts a eulogy to an indelible New York location — the former Germania Bank building at 190 Bowery — in his documentary “Jay Myself,” while simultaneously paying tribute to a mentor and friend, the building’s proprietor for five decades, photographer Jay Maisel.

Wilkes finds occasion to document the life and career of Maisel at a transitional moment: during his move out of 190 Bowery after a $55-million sale to a developer. Maisel bought the abandoned building in 1966, when the neighborhood was flush with hobos and artists, and the building is inextricably connected with his work as a photographer. Six stories and 38,000 square feet hold Maisel’s catalog, as well as an archive of tchotchkes and trinkets that he’s lovingly collected for decades in thousands of drawers and filing cabinets.

The move itself is a gargantuan task, undertaken over months. Against the ticking clock of moving day, Wilkes spends time with ornery octogenarian Maisel , who is a link to the early 20th century Modernists (he studied under Leon Friend and Josef Albers), drawing out his thoughts about life and work.

Maisel combines his training with his own deeply humane interests, describing his photographic philosophy as “hey, look!” His belief that “life will be infinitely richer if you’re aware of the things around you” is no doubt informed by this place, and his time there. In Wilkes’ heartfelt thank you note of a film, time, art and space collide, though in the end, all things must pass.

Review: ‘Aquarela’ proves how to make an exciting documentary about water

Agency giant Endeavor owns a part of ‘Killing Eve’ and other shows. Not everyone is happy about it

Vision, drive, passion and just a hint of chutzpah mean entrepreneurial success for…