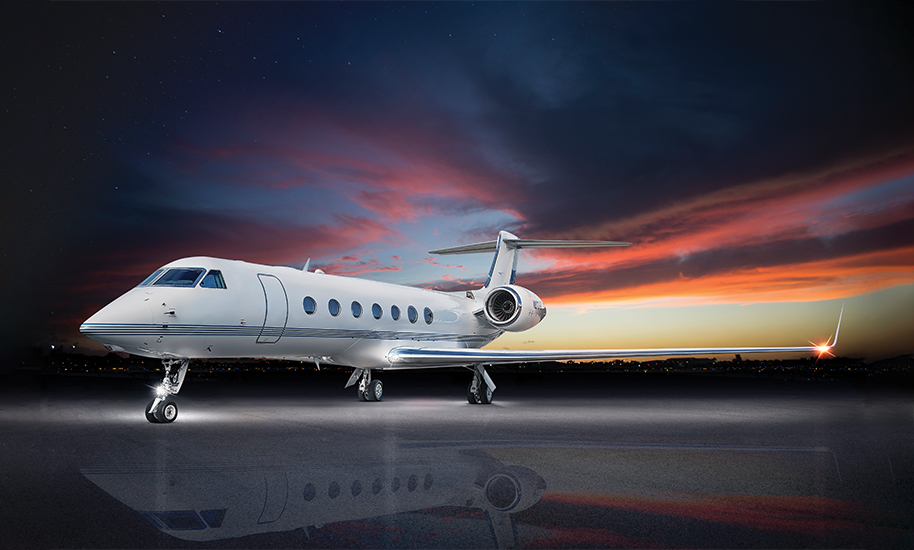 How Private Air Travel Helps You Fit More Into A Day

How do you schedule three meetings in two different states on one day and still make it home for dinner? Business aviation is the answer, and it is a rapidly growing sector of the global economy that creates jobs and keeps some of the most wealthy, busy, and private people in the world traveling safely, securely, and in style.

To look at this important sector up close, we recently followed a “day in the life” of Doug, a customer of the premier business aviation company, Journey Aviation. Journey sells, manages, and charters private aircraft all over the US. For Doug, his time is worth more than anything else, and so he trusts Journey to handle all his air charter needs. No wasting time in TSA lines or waiting for delayed aircraft. Doug uses the premier private jet charter company to ensure he maximizes every minute during busy travel days, while also experiencing luxurious aircraft and amenities, and unparalleled customer service.

Doug had a Thursday evening business dinner in Raleigh, North Carolina, followed by a great night’s sleep in a luxury hotel. Upon waking on Friday morning, he has a coffee delivered by room service and heads downstairs to the lobby where his driver awaits, ready to take him to the airport in a private car. During the drive, Doug double-checks the flight itinerary sent to him by his own  private charter luxury concierge at Journey Aviation who sent him an initial quote, then an itinerary with every detail of his upcoming flights, including dates, times, the terminal he’ll fly out of, safety reports, and information about beverages and catering that will be available on the aircraft. Doug recalls how easy it was to work with the concierge, who was available 24/7 and answered all his questions promptly. Even signing the contract via electronic signature was a breeze.

Upon his 8am arrival at the Raleigh-Durham International Airport, Doug saves a precious hour because he was pre-screened prior to his trip and cleared. He heads directly to the tarmac where the Journey Aviation flight crew greets him outside the large cabin Gulfstream jet, loads his luggage, and escorts him onto the aircraft, which includes a mobile office for meetings. After Doug receives a safety briefing from the pilot, the flight attendant talks him through all the amenities available including entertainment, WIFI, food and drinks. 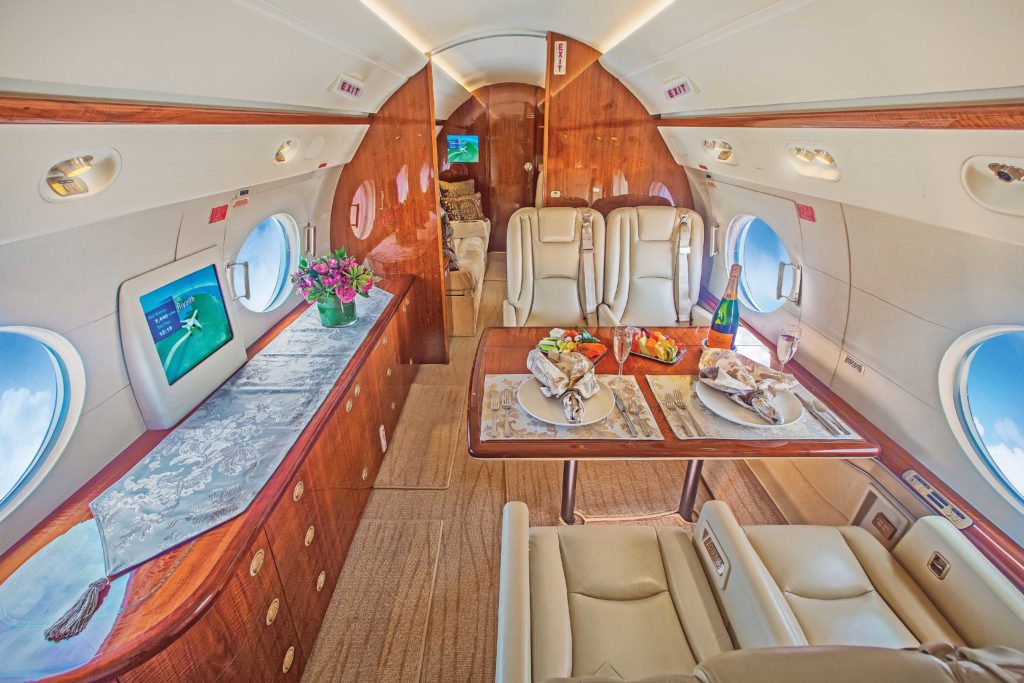 As Doug sinks into his leather seat, the flight attendant provides him with a hot towel service and his favorite morning drink: a latte with whole milk. The crew climbs on board and the doors shut. The plane taxis and as soon as the wheels are up, Doug’s concierge emails the business partners he’ll meet with in Lynchburg, VA to update them on his arrival time and let them know that he’s airborne.

The flight attendant serves Doug his favorite breakfast — a biscuit with a side of bacon. Doug opens up his laptop and sets to work answering emails and prepping for his upcoming meeting. He works steadily for the duration of the one hour and fifteen minute flight.

The plane lands and taxis to a stop at 9:45am. The doors open and Samantha and Terry, two of Doug’s potential business partners, board the plane for a meeting, which saves Doug from having to drive to another location. The flight attendant offers them all coffee or juice and puts out a cheese plate and then Doug, Samantha and Terry commence a productive morning meeting in their mobile office. They wrap things up at 11am. After Samantha and Terry say goodbye, the plane again taxis to a takeoff, this time headed toward the Baltimore/Washington International Airport. Once wheels are up, the concierge emails the prospective clients Doug plans to meet for lunch to let them know he’s on his way.

Doug spends the flight doing research for his upcoming meeting. When he lands a driver picks him up at the Lynchburg airport to take him to the restaurant. Doug’s Journey concierge worked closely with his executive assistant to ensure that the restaurant where he will be having his 1pm lunch meeting is conveniently located near the airport. Over filet mignon, Doug talks with his potential clients about the advantages his business could provide.

Doug then returns to the airport and re-boards the plane, this time bound for Trenton, his final destination. To celebrate a successful day, he asks the flight attendant for a martini, which she brings just the way he likes it: extra dry with an olive. He arrives at the Trenton airport at 4:15pm, thrilled to know that thanks to Journey Aviation, he’ll be home early for dinner. It’s a good thing too, because Monday morning, he’ll start a three-day cross-country work odyssey with Journey Aviation that will take him from Trenton, to Houston, to San Diego, to Seattle, and back to Trenton again. As he steps from the plane, the crew helps him with his luggage and wishes him a lovely and relaxing evening. As he rides home, he receives a text from Tony Ciaravino, VP of Client Services, checking to see if everything went smoothly.

“It was perfect, as always,” Doug texts back, then puts his phone on silent and slips it into his pocket.

To learn more about Journey Aviation or to charter a flight, visit www.JourneyFlight.com.

CLEAR SKIES AHEAD: CIRRUS AVIATION EXPANDS AND GIVES BACK