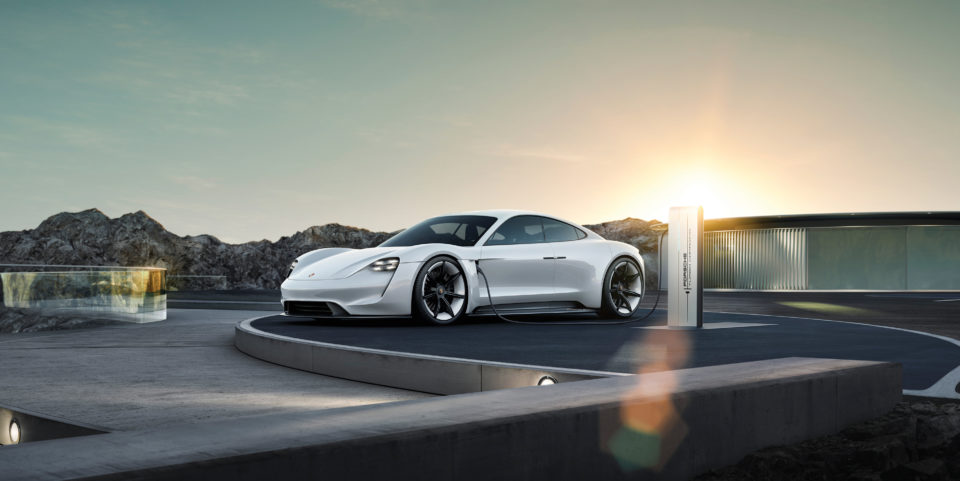 At the 2015 Frankfurt Motor Show, Porsche stunned the world with its first all-electric concept car which at the time was called the Mission E. Porsche later confirmed that they planned to make electric driving a permanent reality with the recent announcement of the all-electric Taycan.

The Porsche Taycan will be introduced in September and will be launched onto the market at the end of the year. Demand is expected to be high, as across the globe there are already more than 20,000 serious prospective buyers who have reserved their Taycan with a down payment. 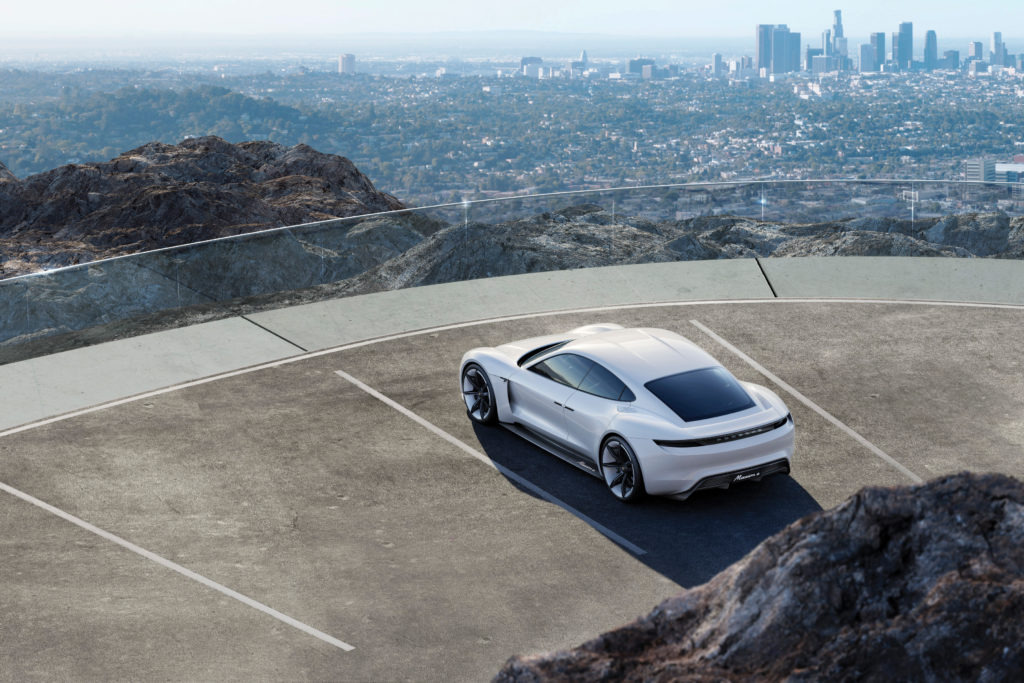 The production car will keep the futuristic looks and features of the concept car yet remain true to its roots as a true Porsche, according to the Chairman of the Executive Board of Porsche AG, Oliver Blume: “Our new electric sports car is strong and dependable; it’s a vehicle that can consistently cover long distances and that epitomizes freedom”.

What’s in a Name?

At Porsche, the vehicle names generally have a concrete connection with the corresponding model and its characteristics. The name Boxster describes the combination of the boxer engine and roadster design; Cayenne denotes fieriness; the Cayman incisive and agile; and the Panamera offers more than a standard Gran Turismo, which is what allowed it to win the Carrera Panamericana long-distance race. The name Macan is derived from the Indonesian word for tiger, with connotations of suppleness, power, fascination and dynamics.

The Taycan (pronounced “tie-con”) means “lively young horse”, referencing the imagery at the heart of the Porsche crest, which has featured a leaping steed since 1952. The oriental name signifies the launch of the first electric sports car with the soul of a Porsche.

Although final design plans have yet to be released to the public, initial renderings make it appear that the 2020 Porsche Taycan takes some of its design elements from the 718 Cayman and Boxster sports cars. These include the compact LED headlight shape and the carved bonnet. Its charging port seems to be positioned in the left wing, marginally ahead of the hinge. There is also a rear body-wide LED light bar similar to the Panamera sedan and the new generation 911 sports car. 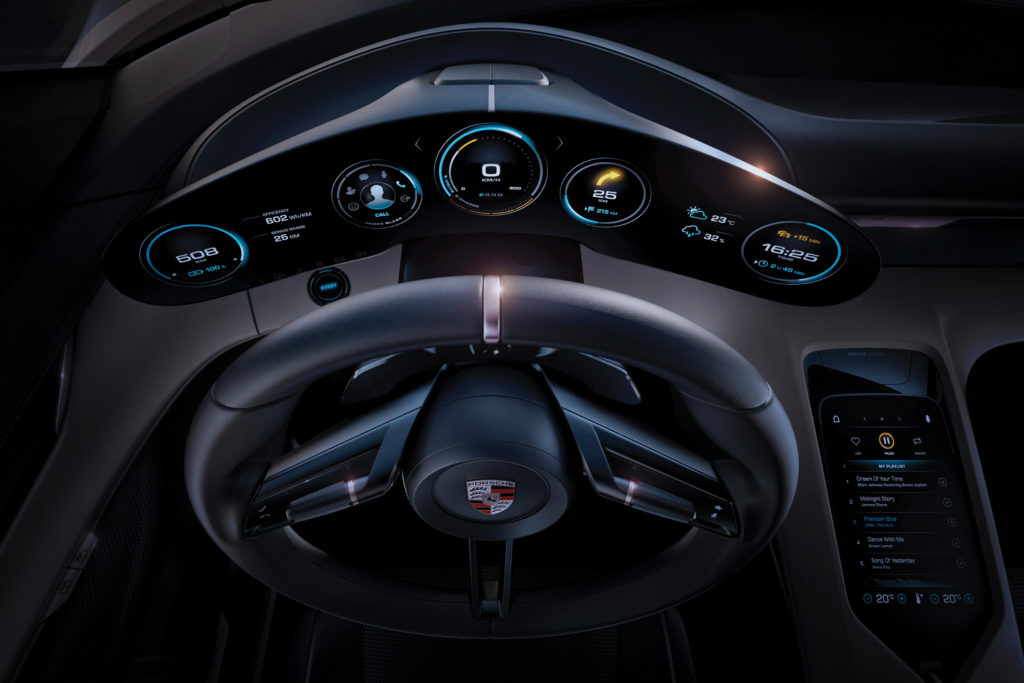 Porsche has yet to officially release interior images, but it’s speculated the cabin will feature high-tech equipment and a large digital display. It’s likely to have an updated Porsche Advanced Cockpit allowing users to modify the arrangement of the digital dashboard. It could feature the dashboard-mounted panel instead of center console-mounted infotainment system. Moreover, it’s expected to have buttons and switches on the steering wheel which uses one large touchscreen panel taking care of all the controls.

In addition to the advanced technology, it’s expected to have Alcantara and leather, brushed aluminum, an upscale stereo, and LED lighting. Although the Mission E concept offered seating to four, we expect the 2020 Porsche Taycan will accommodate five passengers.

According to Detlev von Platen, Member of the Executive Board for Sales and Marketing at Porsche AG, “The Taycan will be the sportiest and most technically advanced vehicle in its segment – a true Porsche.”

Two permanently excited synchronous motors (PSM) with a system output of over 600hp accelerate the electric sports car to 60mph in well under 3.5 seconds and to 125mph in under twelve seconds.

This performance is in addition to a continuous power level that is unprecedented among electric vehicles. Multiple jumpstarts are possible in succession without loss of performance, and the vehicle’s maximum range is over 300 miles in accordance with the NEDC. The 800-V architecture in the vehicle guarantees that the lithium-ion battery can be recharged in just four minutes, providing enough energy to drive 60 miles.

Quick charging processes call for powerful charging systems. That is why Porsche E-Performance covers all areas of infrastructure with solutions for on the go and at home. With a capacity of up to 22kW, Porsche Mobile Charger Connect is a quick, convenient way to charge the Taycan at home overnight. It can also be charged using inductive technology.

As part of the joint venture Ionity – which also involves BMW, Daimler and Ford – Porsche will build 400 high-power charging stations with a capacity of 350kW per charging point across Europe by the end of 2019. In the U.S., the VW Group initiative Electrify America will see the installation of charging infrastructure (capacity of up to 350kW) at 300 motorway stations. Porsche is also planning to install more than 2,000 AC charging points at destinations such as hotels in up to 20 markets in the run-up to the Taycan’s launch. Customers will be able to gain access to the Porsche charging network via the Porsche charging service.

The Taycan recently completed its final test drives before it enters series production. In Scandinavia, just a few miles away from the Arctic Circle, it proved its potential in terms of driving dynamics on snow and ice. At the same time, Porsche engineers took advantage of the summer in the Southern Hemisphere. In South Africa, there were performance tests, as well as final adjustments in terms of continuous performance and reproducibility. In Dubai, hot climate endurance runs were carried out testing battery charging under extreme conditions. The 30 countries across the globe in which these comprehensive tests were completed have temperatures that range from -22 to 122 degrees Fahrenheit.

As to the rigor and demands the Taycan faced during testing, Vice President of the model line, Stefan Weckbach, explained: “Before the Taycan is launched on the market at the end of the year, we will have covered approximately six million kilometers (3.73 million miles) across the globe. We are already very happy with the current status of the vehicles.”

Porsche plans to invest more than six billion euro in electromobility by 2022, doubling the expenditure that the company had originally planned. Of the additional three billion euro, some 500 million euro will be used for the development of Taycan variants and derivatives, around one billion euro for electrification and hybridization of the existing product range, several hundred million for the expansion of production sites, plus around 700 million euro for new technologies, charging infrastructure and smart mobility. 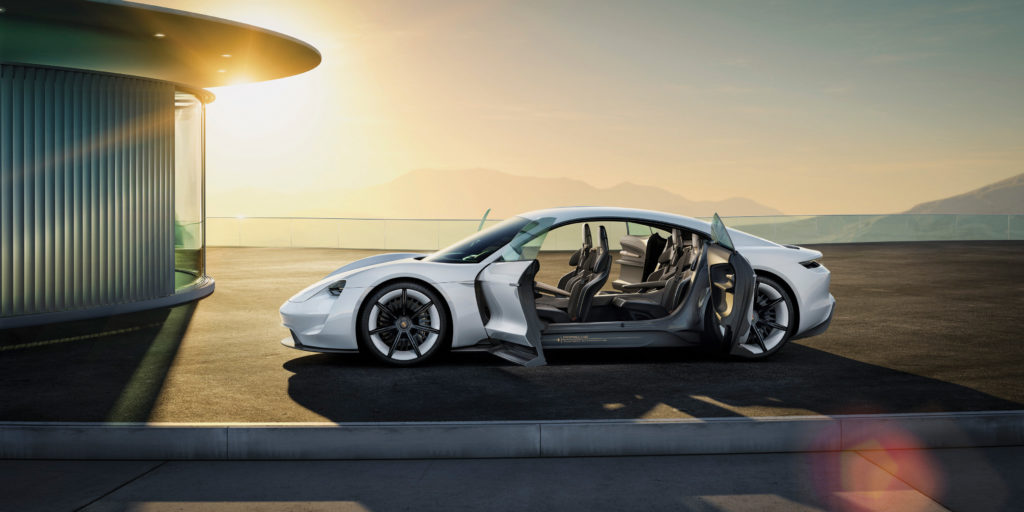 At the Porsche headquarters in Zuffenhausen, a new paint shop, dedicated assembly area for the Taycan and a conveyor bridge for transporting the painted bodies and drive units to the final assembly area are currently being constructed. The existing engine plant is being expanded to manufacture electric drives and the body shop will also be developed. Investment is also planned for the Weissach Development Centre. Production of the Taycan is creating around 1,200 new jobs in Zuffenhausen alone.

“We predict that over 50 percent of Porsche models delivered from 2025 will be electrified,” states Lutz Meschke, Deputy Chairman of the Executive Board and Member of the Board responsible for Finance and IT at Porsche. The future of mobility is another step closer with the 2020 Porsche Taycan.