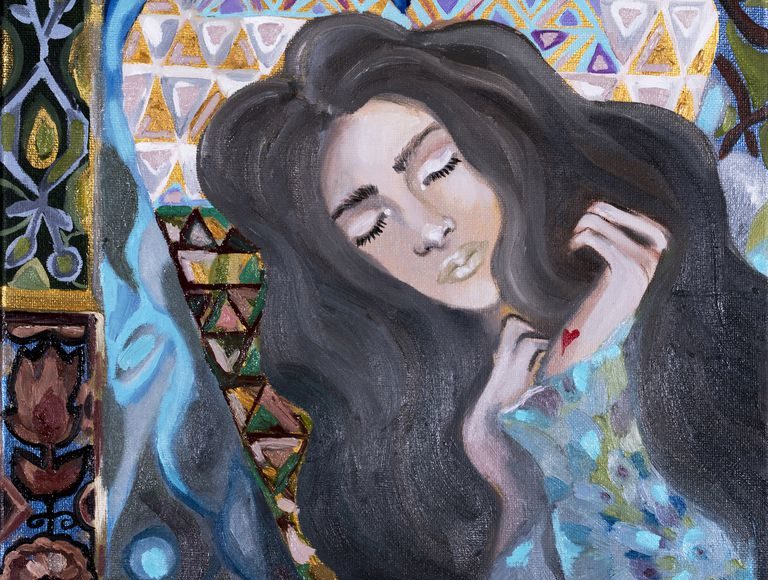 With Valentine’s Day fast approaching, Kristen Roupenian—author of You Know You Want This: “Cat Person” and Other Stories—explores the pageantry of expressing affection in the digital age.

In my high school—and maybe in yours?—we had this Valentine’s Day tradition called “Hugs and Kisses,” and it was the bane of my goddamned existence. Here’s how it worked: A few weeks before the holiday, you’d fill out your order form, paying a quarter or so apiece to send Hershey’s Hugs to your friends and Hershey’s Kisses to your crushes, and even mixing it up a little bit if you felt like being cute or silly or coy. Then, on Valentine’s Day, the student government officers would run around at lunchtime delivering giant (or not-so-giant) transparent plastic bags of candy so everyone could see exactly how much people loved you.

It’s funny, looking back on Hugs and Kisses, to see how neatly it prefigured the arrival of social media—how, on one day a year, the tradition allowed us to quantify and broadcast the precise amount of social capital that each student in the school possessed. A few months ago, Nicole Cliffe, who is a brilliant writer, very good at Twitter, and also, I am beginning to think, ever so slightly evil, invited her 90,000-plus followers to play the following game: “[S]o, just for fun, and ONLY in a spirit of fun and compliments, if you were single and they were single and genuinely interested, which of your mutuals would you want to go on a date with.” The resulting maelstrom of anxiety and egotism that engulfed my Twitter feed for the next 24 hours, in the spirit of “fun and compliments,” reminded me exactly of my own state of mind on Hugs and Kisses day. Except that now the discomfort was right there, out in the open. “WE HATE THIS!” it seemed like everyone was screaming simultaneously, even as they hastened to play.

“The tradition allowed us to quantify and broadcast the precise amount of social capital that each student in the school possessed.”

As the crushes started flowing in, Nicole began publicly announcing the Twitter handles of the people who’d been cited as crushes most often, even if they hadn’t named anyone back. To be listed in the thread as the recipient of numerous anonymous crushes—to know that at least some of your “friends” secretly liked you, that the dross of your online friendships had been spun into romantic gold— felt a whole lot like getting a giant bundle of Kisses delivered to you in front of everyone in the lunchroom. Or so I imagine, anyway. Neither of those things ever happened to me.

Every February, when I received my bag of Hugs and Kisses, it was always on the somewhat smaller side; it never bulged with an influx of Kisses from a secret admirer or surprise crush. And yet I would parse it for hidden clues. What did it mean that A sent me just a few more Hugs than he did last year, or that the ratio of Kisses to Hugs from B in my bag was just a tiny bit different from that of the ones he sent my best friend? Nothing. It meant nothing. But I combed over it fastidiously, absolutely miserable the whole time.

This, I think, is the unintended consequence of trying to flirt risk-free, under the guise of friendship: We become trapped in a romantic panopticon, one that is enlarged by social media, but not created by it. Just as I used to scour the list of people who’d sent me Hugs and Kisses, trying to discern some clandestine code within, so too, when we are faced with an inscrutable “like” or friend request, do we obsessively try to read a deeper meaning into every flicker of engagement, compulsively fantasizing that someone as cowardly and as prone to posturing as we are lies on the other side of the veil. After all, if we’re trying to send surreptitious messages to our crushes by liking their photos in a vaguely unusual pattern, who’s to say someone isn’t doing that to us in return? But most of the time, we eventually realize, no one’s monitoring the panopticon. We’re flirting into a void.

The Best Summer Music Festivals of 2019