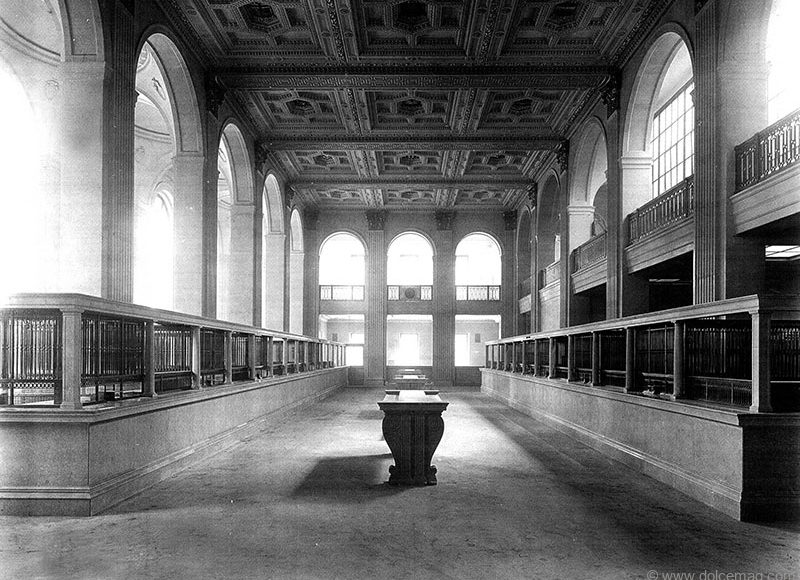 While most of us steel ourselves for a disturbingly early winter, perhaps no two people are more eagerly awaiting the onset of spring than a soon-to-be bride and groom.

Wedding planning is all about choosing the venue for the celebration. Location, transit and parking may top the list, but perhaps most importantly, does it provide exemplary service to take care of every detail and the magical ambiance to make this special day absolutely memorable?

In downtown Toronto, One King West Hotel & Residence at King and Yonge streets checks off all the boxes, making it one of the most popular venues in the city, and it may owe that status to some wise decisions the developers made when planning the project.

The One King West location was originally the site of Michie & Company Grocers and Wine Merchants. It then became the five-storey headquarters for Dominion Bank in 1879. In 1914, Dominion Bank completed a 12-storey “skyscraper” on the site. At the time, King and Yonge was the epicentre of the city, as it is again now.

When the One King West Hotel & Residence project was first announced, some eyebrows were raised on how such a tall building could fit on such a narrow site. The answer came with the opportunity to acquire, renovate and incorporate the Dominion Bank building as the base of the 51-storey tower.

“THERE IS A SENSE OF PRIDE AMONG THE STAFF BECAUSE OF OUR BUILDING, AND OUR GUESTS FEEL IT, TOO”

Cleverly, the developers of the new tower appreciated the majestic architectural jewel they were sitting upon and made it a key element of what differentiates One King West from other hotel venues and condominium residences in Toronto. This is how the “then” met the “now.”

Hotel general manager Steve O’Brien was employee No. 1 at One King West and certainly appreciates its history. “Because we were then able to build something extremely attractive with the developers’ vision and do something truly spectacular,” says O’Brien.

The Dominion Bank building was designed in the beaux-arts style with Renaissance revival detailing. At its centre is the Grand Banking Hall, a magnificent example of early 20th-century classicism with ornate detailing, including stately Corinthian columns, towering windows and crests of Canadian provinces.

Beautifully restored, the Grand Banking Hall is an ideal example of blending then and now, as this 3,500-square-foot room can accommodate 250 people and has become one of Toronto’s most elegant and spectacular event venues.

“‘Wow’ is the common word I hear when people see this space for the first time,” says O’Brien proudly. “If it’s being considered for a wedding celebration, it almost automatically becomes the couple’s first choice, as it’s a very special room. And for corporate events, it’s an unparalleled venue.”

Other spaces within One King West include The Vault, Austin Gallery, the Chairman’s Boardroom, King Gallery and the new Fifteen Hundred luxury hospitality suite, a private enclave on the tower’s 15th floor.

Clearly, One King West offers a full range of distinctive event venues to host any type of function, but it seems to be weddings that attract most of the attention, as it hosts 60 per year, slightly more than one per week.

One King West offers a variety of customizable wedding packages, which include a wide variety of choices of exquisite wedding cuisines and service, and each package includes hosted bar service and two complimentary day-use suites, as well as a featured Wedding Suite. It also includes the services of a dedicated wedding specialist, who understands, recognizes and appreciates the emotion of the moment, so the newlyweds are stress-free and can remember every moment.

One King West’s location of just one block from King and Bay streets makes it a popular choice for companies to host a full range of corporate functions.

The hotel’s experienced team ensures the focus of the company is on the content of the meeting, confident that logistics are professionally executed as planned by a staff who reflect their surroundings.

“There is a sense of pride among the staff because of our building, and our guests feel it, too,” says O’Brien. “You can’t help but feel that sense of elegance, as the history of One King West is actually alive.”

Whether it’s an annual meeting or a once-in-a-lifetime celebration, One King West Hotel & Residence in Toronto has the location, cuisine, dedicated customer service and wide variety of beautiful venues to always exceed every expectation.